Places to Visit in And around Nubra Valley

Nubra Valley is about 120 km to the north of Leh, the valley has sand dunes with bactrian camels and along with monasteries and a large Buddha statue with its green oasis villages, which are a major highlight of the tourism circuit of Ladakh. To the north east of this picturesque valley lies the Balti villages of Turtuk. Siachen glacier to the north-western region of this valley is bordered by Sasser and Karakoram passes, the latter formed an integral part of the ancient Silk route between India and China. 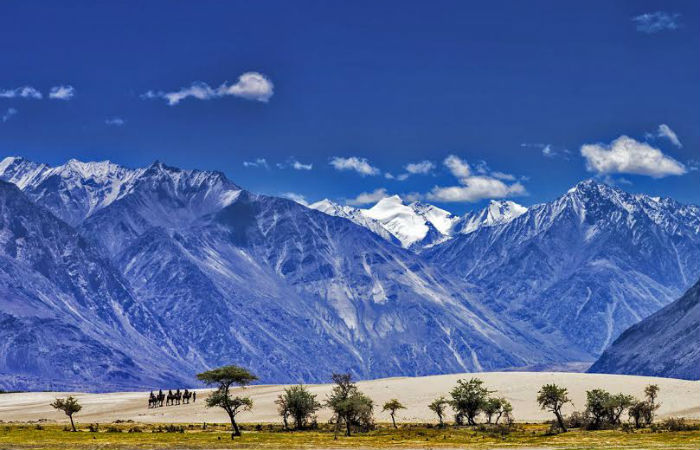 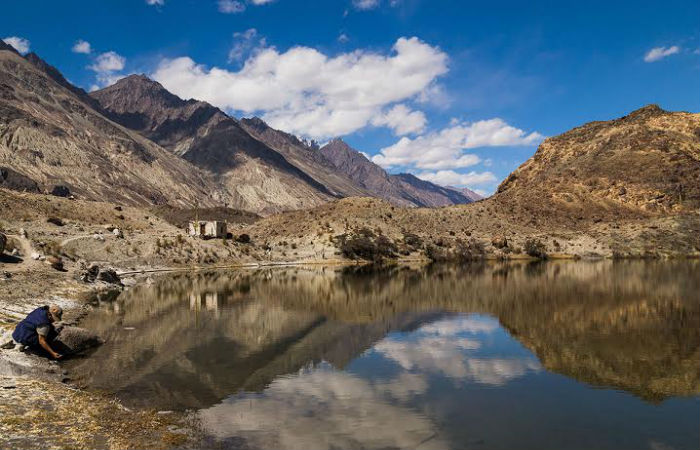 Hidden Lake and Hotspring at Panamik. 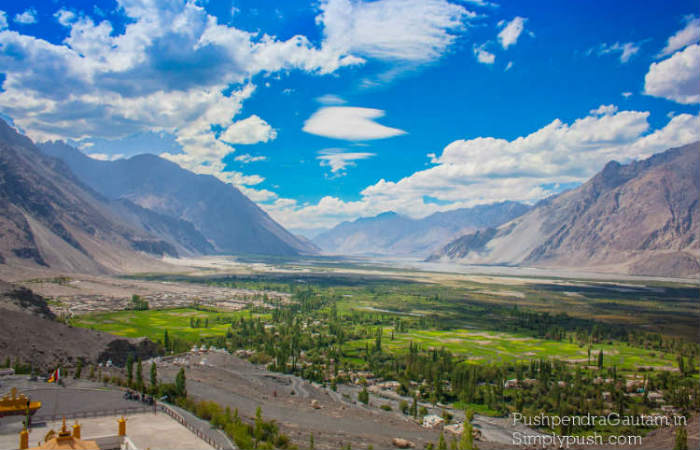 Trek up to Old Fort Ruins at Sumur.